All my skyrunning adventures seem to be the most this, the furthest that, the maddest the other. The Cara Amon vertical km was shaping up to be no different given it had the most liberal interpretation of a km - 1380m. I was quite nervous as I wasn't sure how to pace a race like that. So far, my pacing in vertical kms has been on a binary scale of moving - stopping. I wasn't sure I could go any slower to help last the distance. As it happened all these pre-race thoughts were irrelevant.

My first test of athleticism was sprinting between terminals at Paris airport (only to land up in a neighbouring plane - typical). Sadly my bag wasn't quite so nimble and missed its transfer. I arrived at Pau with hand luggage only. Thankfully I had the race essentials with me (shoes, vest, shorts). Also, I was dressed for the Scottish spring weather (3 fleeces, a thermal and a tshirt) so I could just about get by. After a quick stop to spend my 100 euro compensation money on toothpaste, long lycra tights and gloves, I was set.


But spring has been late the Pyrenees too and it was clear by the amount of snow still left that the course would be adapted. The steep gully would be too dangerous and the rocky ridge lethal. The course was diverted on a more gentle slope and would finish lower down, giving a total of 960m climb. I was happy about this - I find my hill running is generally better than my hill power walking so gradients nearer 20% rather than 50% are good news.

After all this faff I was keen to get racing. A quick snow shower two hours before the start made the clothing choice easy - pretty much everything in my bag. Unusually for a vertical km, it was a mass start race. The girls set off with the junior boys at a fierce pace through the narrow streets of Barruera and up onto the narrower rocky path. It required concentration especially as some runners had poles that could easily poke an eye out.

The first 500m of ascent were going to be the steepest but I knew I could run the whole way - but not at the pace we'd started at. I dropped off the leaders and settled into 4th place trying not to waste energy overtaking people on tricky rocky sections. I just plugged away at it and the consistent pace landed me up in 2nd by the first drinks station.

I could stretch out a bit along a few hundred metres of relatively flat grass. I looked behind and reckoned I had about a minute's gap to 3rd place. A few steps downhill to cross a river felt a bit weird in my quads but I was soon ascending again on another steep gradient. We'd hit the snowline and although it was only a few cm deep, it provided a slippy top layer on the muddy grass and it was tough going. I put my gloves on so that I could use my hands to stabilise on the ground a bit more (yes, it was that steep).

It was a convex slope and so it was hard to see when it was going to end. It came as a bit of surprise when it did flatten off, but that was partly because the snow thickened to about 40cm, the cloud was down, it was very windy and my face got battered by horizontal hail. I could see about 30m in front, just enough to see a few course markings. It was so white my eyes hurt. I tried to increase the pace because it was flat but I'm not sure it really worked. There was just a narrow trod of flattened snow so it took quite a lot of concentration to stay in it.

I went through the second drinks point marking the start of the final steep 150m of climb in really quite substantial snow. I was really tiring here, not helped by the fact I was at 2000m altitude and there was not much oxygen going in with each breath. The course twisted through some trees and I had no idea when it was going to end. Soon please. I turned another corner and there it was - 30m away. Collapse. Windproof on. I couldn't stay long up there, my head was freezing and it felt dangerous. My extra jumper had been transported to the river crossing so I got down there as fast as I could and out of the cloud. (Big thanks to all the volunteers who stood out on the mountain, I don't know how they did it).

I was really pleased with my race and it is a definite improvement from previous vertical KMs I've done. I could never have matched 1st place (last year's world champion) who was just over 90 seconds ahead of me. The 'flat' course suited me but the altitude and steeper sections were not as problematic as last year. Results are here.

The prize giving proved to be as mad as the race with us going up on the podium three times for the world cup prizes, Spanish cup prizes and then the overall race prizes. I landed up with quite a haul including some interesting wooden sticks that look like props from a Harry Potter film. So yet again, another mad weekend of skyrunning. Fantastic experiences that I'm very lucky to have. My next one is the Vertical KM in Chamonix at the end of June. Can't wait, of course. 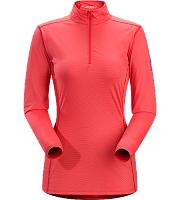 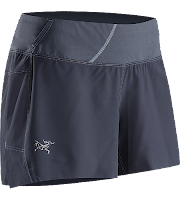 I wanted to write a little bit about how well my kit coped with the conditions but I thought putting it in the main text would seem like I was just promoting Arc'teryx for the sake of it. This race was one of many occasions when I realised how lucky and proud I am to be supported by them as the kit really does hold up when you need it to.

I raced in my Phase SL thermal (thankfully I like wearing it as much casually as I do running so I travelled in it) and this really matters when you hit conditions like I did. It's designed to wick the sweat away from the skin quickly (see video here). Had I been drenched in sweat, I'd have frozen solid.

The other neat thing was the stash pocket on my solita shorts. I went for an odd look of my shorts over my long lycra tights because I wanted to use the pocket to hold my gloves. I usually use it for gels but it worked nicely on this occasion meaning I could put my gloves on quickly when I hit the snow line.
Posted by tess at 10:18 No comments:


Last weekend was the finale of the British domestic season - the British Championships (long/classic distance). Sadly, for many of the elites, it was one weekend too far. Selections were decided, university exams have started, travel bills are rising and some small relay in Sweden was happening - there were a variety of reasons for the small field.

While understandable, it's a shame that the most prestigious of British championship titles is the afterthought for many. It may not be the new way of thinking but I can't help but see the winner of the British classic race as the 'real' British champion and the sprint and middle titles are still add-ons.

(Note - I say all this having been one of those choosing TioMila last year and being the current British sprint champion. And yes, lots of alternatives have been thrashed through on an annual basis on nopesport.)

Anyway, all these politics didn't detract from a lovely event with proper championship courses. The extra touches like an elite arena start and run through did not go unappreciated.

I really wanted to win but I'd not put together a decent forest run yet this season. My splits had shown I have the speed but I have always let myself down at one control, or often more. So despite the fast terrain, I set off with the brakes on and full concentration on my compass. This worked pretty well for the first couple of km and I knew I would be in the mix once I hit the radio control (number 7).

I went fairly straight for the long route choice but trying to cross reentrants at the highest point to avoid too much extra climb (red). I didn't consider any other route round but maybe the height-saving blue/yellow route was better.


My concentration wandered during the long leg which was no bad thing but I failed to pull myself together for the next tricky leg to number 9. I got pushed off by mountain bike tracks and made my first major mistake of the course.

I had another small miss before I made it back to the arena for the spectator run-through and map exchange and I was no longer confident that I would be amongst the leading times. This made me pick up the pace considerably on my last 3km loop. I knew I'd have to focus hard to run at that speed and I did that well for a few controls. The arena was in sight and I just had one tricky ditch to find. I set off on my bearing but failed to stick to it the whole way and binned a bit more time. Frustrating but my own silly fault.


As it happens, Sarah Rollins had a rare off day and I was able to take a comfortable victory by 6 minutes. I think I also focus too much on the bits I did wrong and I forget that actually a large part of the course went really well. It was my best run in the forest this year and I am really proud to be British Champion.


The following day was relay day and I was sandwiched (excuse the pun) between the two O-Nosh chefs Romualdas Stupelis and Jonathan Rhys.

Romas came back in the lead on first leg and so for about 20 seconds I was leading the Men's premier relay at the British Championships! It was not long before the boys started streaming past but I was not going to give up without a fight.

Apart from a small miss on one control, I had a very clean run. The gaffles varied quite a lot and so those that had caught me up in the first section seemed to have to cover the extra distance later. The last kilometre was painful uphill slog but I was dead chuffed to have held onto 3rd place (helped by 1 team mispunching). We finished 4th and very happy as this was far more than we had hoped for.