2013 has started really well. I gave up my old full time+ job and have started working part time at a local outdoors shop. The luxurious lifestyle of training in the daylight and recovering well means that I'm running better than ever before.

The orienteering season has also started well and I've managed to secure myself spots in the GB world championships and the world games teams. In addition to this flag-chasing, I'm going to continue to race some of the world's steepest races for the Arc'teryx skyrunning team.  In short: this year is looking pretty awesome.

So here is the provisional schedule of big competitions:

The first skyrace revisits the 2012 SkyGames course so familiar but painful territory. They             seem to have interpreted the kilometre description generously and are boasting a massive             1380m of ascent and a summit finish at 2450m. There better be a damn good view at the top...

The next few rounds of the orienteering World Cup are a bit of an expensive procession through Scandinavia, sticking mainly to the tarmac around towns while waving at the quality forest terrain. Still, that should suit me given my recent focus on sprint orienteering and I'll hope to continue a promising start to the 2013 world cup.

The second VK of the year and a new course. As a 'warm up' event to the Mont Blanc marathon I expect the place will be buzzing.

The World Orienteering Championships are the main focus for the year and are being held in the far north of Finland. I've made the British team for the sprint distance and looking to improve on my 11th place from last year.

Although I will be sad not to defend my Snowdon race title, I am already ridiculously excited about racing in the Dolomites. I will definitely run the vertical KM, which, given it starts at 1400m, will rank amongst the hardest things I've ever done. I am really hoping to run the skyrace (22km, 1750m ascent/descent) but I am going to make a decision on that at the time as it may just all be too much in a busy month. 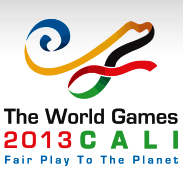 We've got a small but strong British team for the World Games this summer and I'm very proud to be part of it. It will be the closest thing I'll ever get to the Olympics and a great chance to go to South America. But it's not just a holiday as with both a sprint and sprint relay on the programme, the races will be as important to me as the world championships.

And after that, a well needed break I expect! I've got a few other races in mind, particularly another skyrunning race in Italy in October but I hope to spend the end of the year putting in the miles that will set me up for 2014.

Writing all these races up has made me feel very lucky and spoilt so I do have to say a big thank you to Arc'teryx for giving me these crazy opportunities and the Skyrunning Federation for sorting a lot of logistics for me. It would also be rude to leave out British Orienteering who also do a lot to help me throughout the year. 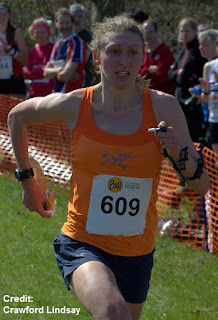 The season continued with the British sprint and middle distance championships. The sprint was the real focus for me - I not only wanted to win but I wanted it to be a really good performance. Nowadays, there are so many 'urban' orienteering races in Britain which are usually double the length of sprints and often technically less demanding. This means that proper sprint courses like Saturday's are a rare chance to prepare for the summer's international competitions.

I achieved my aims as I became British Champion with a run that I was satisfied with, although the day wasn't all plain sailing. I was all out of sorts on Saturday morning for a variety of very silly reasons including missing a motorway junction on the way to the race. Although we were actually ok for timing and making our starts, it was not good for stress levels!

So it was not a surprise that the qualification race was a far more chaotic experience than it needed to be. I ran fairly steadily knowing that I'm running well enough to qualify without going flat out. However I wasn't counting on making a minute mistake confusing north for south and hunting around the wrong side of the building.  Thankfully this wasn't critical and I made it through to the final, joint 1st place in my heat.

I realised that I needed to use the two hours between the heats and final to sort my head out. And it was just as well I did as the course we faced in the final required intense map reading right from the start. I started too hard and lost a few seconds on the first couple. I flustered my way through them without a great deal of control and no forward planning. Looking back, I was very close to a more serious mistake but I just about kept enough map contact to keep in touch with the girls who were running the faster splits through this section.

I got to the 5th control and realised I needed to get a grip. I stopped for a second or two, planned a good route and continued on. I did the same on the way to the 6th and 7th controls, and although I wasn't hitting them perfectly, I felt a lot calmer. I was then treated to a few longer legs with the opportunity to get up to top speed. This settled my routine a lot better and I was able to cope with the multilevels, route choices and return into the complex student housing area well. I was really pleased with this final section of the course and it was enough to get me to the finish with a 30 second lead. 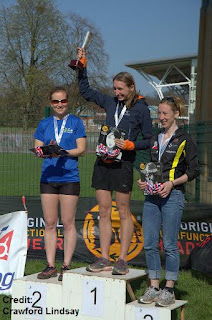 All in all, I was very pleased with the result and the performance. For the past few years I have continually messed up tricky sprints and I'm so happy to have cracked one!

The following day was the middle distance where I produced a typical Tessa 2013 performance out in the forest which included a lot of very fast running but in the wrong direction at the vital moments. I didn't give the tricky quarries enough respect and so finished a bit too far down. I did have a bit of a laugh at myself though - will I ever work it out?


The 2013 British orienteering season has started! After a few months of pushing tired legs around tough Scottish forests, it was finally time to rest up and go flat out in the faster southern English terrain. I was confident before the weekend - I've done the hours in the forest with a map in hand and I'm also running PBs in my regular intervals sessions.

The JK weekend started with a world ranking event sprint around the University of Reading campus. There were few tricks navigationally and so any small errors were punished. I kept these to an absolute minimum - I was at most 6 seconds from the fastest split on any leg - and that was good enough to give me the win. The new British Orienteering social media team were doing a great job after the race and here is a post-race interview and their race report.

The middle and long races were not so successful although for different reasons. I ran a hard middle race but possibly a little too hard as I made some costly mistakes and was further down the results list than I had hoped to be. Because of that, I decided to take the long race at a slower pace and make sure I got the navigation right. I did the slower pace bit ok but the navigation seemed to get worse with scrappy errors the whole way round the 11km course. This cemented my place way off the podium - a little disappointing, if only because I felt I've been going better in training.

The weekend finished with the relay which is often an afterthought for me. I usually run first leg for Harlequins and although it is a good race, the real battle occurs between other teams on the second and third legs. I'm not entirely sure why but a lot of the top women seemed to be toeing the first leg start line and it ended up being one of the most fun races I've ever run. Despite some tired legs, we all really went for it crashing though the hilly ~5km ish course in under half an hour (pretty speedy for orienteering). I came out on top, but only just, and helped by the steep incline in the last few hundred metres.

So with two good days out of four I can't be too disappointed. I'm yet to start proper sprint training for this year and I think my forest orienteering is closer to 'clicking' than the results suggest. I just haven't yet got the right balance of speed and discipline with the map.

Some selections for various international competitions should be announced soon and I hope I'll be on a few lists. If all goes to plan, I've got an amazing few months ahead. Despite previously posting here that I was fully focussed on orienteering, the hills have tempted me back. I'll post again when things are all confirmed but I'm seriously excited to be running for Arc'teryx again in an equally bonkers set of races as last year.
Posted by tess at 14:22 No comments: