A cycling trip to Applecross

Last weekend I went up to Applecross with the intention of running the low-key but must-do race The Applecross Duathlon. Sadly, I picked up a small calf strain on the Thursday before the race and so I decided to be sensible and not run. However, I still made the trip and got in lots of miles on the mountain bike... 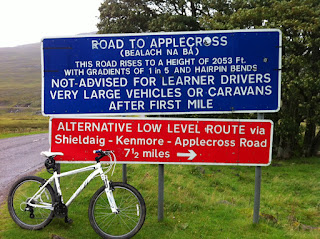 The Bealach Na Ba is the road to Applecross, and the greatest ascent road climb in the UK. 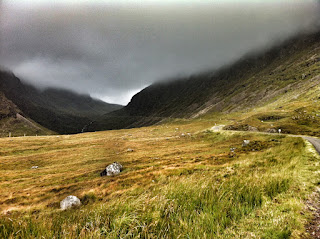 It's also a bit intimidating. 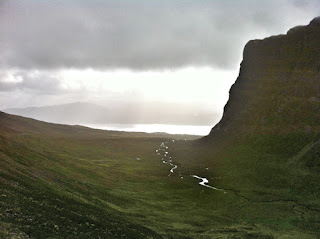 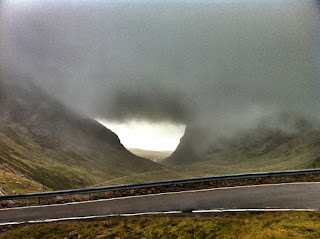 It got a bit hairy as I got into the cloud at the top. 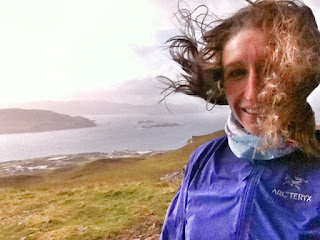 It had been windy enough at sea level! 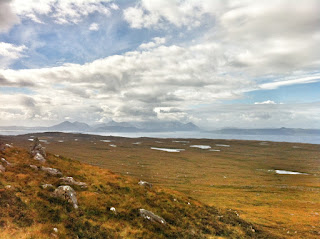 At the top there was a view to Skye - but of course I couldn't see it because of the weather. This photo was taken the next day when I thought I'd climb it from the other direction. 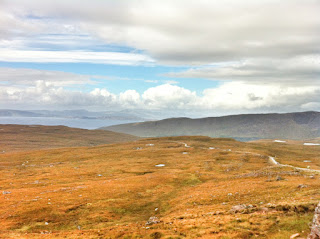 Descent to Applecross was just incredible, whatever the weather. Crosswinds. Wilderness. Atmospheric. 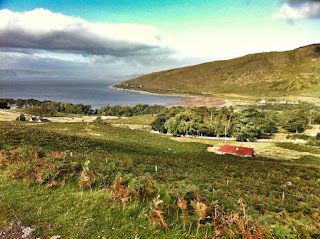 This really was the weather in Applecross on the first day. Incredible to pop out into a bay of sunshine after such cloud. I continued cycling down the coast and saw a sea eagle. Too good to be true.
Posted by tess at 07:44 2 comments:


The LDMT is an event with some history. Since its start in 1952, it has been won by some absolute legends of the hills - various Blands, Naylor, Diamanties, Dodds. It should also be mentioned that this year was Joss Naylor's 49th completion - so cool.

It is essentially a fell race - a long one - but with orienteering principles. The course is not marked, in fact, the venue is only announced 2 weeks before the event. Competitors start at minute intervals and make their way to the checkpoints marked on the map. The fastest time wins obviously. The difference compared to orienteering is that the controls are generally easier to find - on streams or hill tops - and the scale of the map is smaller at 1:40000.

It has only been in recent years that women have been allowed to run the classic course as there used to be a separate women's course. Now, the designated course for the women is the medium but everyone is free to choose which course they want. I entered the medium thinking it would be plenty long enough anyway. Probably my longest race in the UK ever. But I've been running a few more miles recently and up in the hills too, so I was looking forward to seeing if my racing had improved.

The race lived up to expectations of a great day out in the hills with lots of ups and downs. We were treated to some gorgeous weather so at least that was one less element to battle against. I think most of the drama in my race happened near the first control. I wasn't too hot on my navigation and I missed it by a few hundred metres. Ooops.

Then I had a crazy descent to deal with. It looked mad on the map but it really was mental. Apparently the planner had intended us to go backwards out of the control and avoid it but everyone around me was happily throwing themselves off if like lemmings. Thick heather + big crags + steep gradient = adrenaline rush. I set off down a stream as this kept me out of the heather but I came across a drop far too large for me to consider jumping. The only option was retreat. I climbed back up through the heather and tried another route. Sending rocks flying, letting out little squeals of excitement/fear and holding into lumps of heather for my life, I made it down to the bottom. As I worked my way past people on the path we all shared a common feeling of "wow that was mental!" 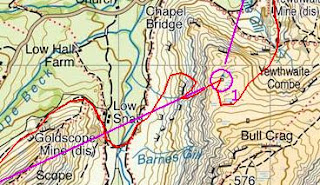 So after that it all felt uneventful. There were some fairly brutal climbs but my legs felt great and I managed to run 95% of the way. The terrain varied from descending over boggy ground to climbing up bracken covered slopes to contouring a cross scree slopes and some pretty fast rocky path descending. I generally flew round the middle section and was heading for just under the 3 hour mark. However, my lack if map practice showed again and I missed a path junction going to the last control. This resulted in a slightly larger bonus climb than I'd have really liked and a few minutes wasted. I finished in 3.03.48 - nearly 15 minutes ahead of 2nd place and about 30 ahead of the 2nd lady. Next year - the classic!

It is great to have won at such a cool event. It's really fun to see the join the list on names on the trophy and I'll enjoy having that for the next year. But maybe then I'll have to attempt the classic. However the most encouraging thing is that I felt great out there. A bit of a thumbs up to the new types of training I'm doing which gives me confidence as I try to keep it up over the next few months.
Posted by tess at 08:14 1 comment: